The BBC have recently been accused of sexism with their remake of children’s classic Topsy and Tim.

It was claimed by parents that the BBC misinterpreted the original children stories, and chose instead to reinforce traditional gender stereotypes, which were being aimed at very young children. The charecter Tospy is a little girl who is seen baking princess cakes with her Mum, while her Brother Tim is informed baking is not for him. As a boy he can play outside on his bike or help his Dad with “mans work”.

I wondered, as I have on many occasions before, how do we learn our ‘gender roles’? Is it nature or nurture, and how can we be sure?

Thinking of my own childhood, I recall never being compelled by my parents to be particularly ‘girlie’, and naturally I wasn’t this way either. I was always encouraged to just be me, and perhaps by being a headstrong child who knew what I liked, pressures to be ‘girlie’ (if they existed), never affected me. I therefore feel surprised that in the 21st century children are still being encouraged to mimic, and reflect, what their own parents deem to be acceptable gender specific stereotypes. It just seems almost self defeating and rather odd.

Why would any parent force their child to be anything, and ruin their own child’s ability to blossom and develop naturally, free of preconceived ideals laid down throughout the eons?!

What is so terrible about girls playing with cars and bikes, and boys playing with kitchens and dolls? Surely having diverse skills and interests make for more rounded and capable future adults?

I know if I had children, I would indeed encourage them to be them; who else can they be after all!

Living in Madrid I see many more examples of the conventional family unit than I do in the UK. The wife cooks, cleans, takes care of the house and kids, while the man works, is head of the household, applies the discipline and often the education of the kids. This is almost expected and seen as the social norm.

Now my household has never been quite like this, to the surprise of the people I meet in Spain. People are shocked that I am interested in politics, and also that my degree, career and writing all have a political grounding. I have actually been told how unusual it is for a girl! Obviously they haven’t heard of Emily Pankhurst, Simone de Beauvoir, Eleanor Roosevelt, Margaret Thatcher, Naomi Wolf and Hilary Clinton; what about Eva Perón?

For me, applying any expectations upon a person, especially at a young and impressionable age, just becomes a simple case of the self fulfilling prophecy. You get what you expect. Women and men then become merely caricatures of their gender, nothing more than that! How can we then argue they are naturally as they should be?

Have women actually been able or allowed to genuinely break through that “glass ceiling”? Not if the 21st centuries depiction of gender is the reference point; a woman’s place is still at home, while the man still belongs to the world. This has to be true, the BBC even think so!

To be serious, in recent years it has been a giant step backwards for men and women alike. Adverts, marketing, media and society in general have peddled the over sexualisation of the younger generation. This has drip fed a generation with gender specific notions of beauty, relationships, sex and availability, youth, frivolousness, self obsession, celebrity culture, diets, gossip, fashion and materialism.

So, maybe reverting to the stereotypical gender roles is only the natural step forward from this re-education?

For me I feel it is difficult to distinguish, and therefore state concretely, how much of nature actually plays a part in a child’s socialisation, self perception and development. Especially with all the dross floating around their environment.

Think about how difficult it is for us as adults to really separate ourselves, and our choices from all the expectations applied upon us, what we have seen, learnt, experienced and absorbed into our psyche?

If it is so difficult for us as adults, the question then remains; how can a child?

Nature v’s nurture, for me there is no real contest to contest!

“Negativity; a natural state of being human”. 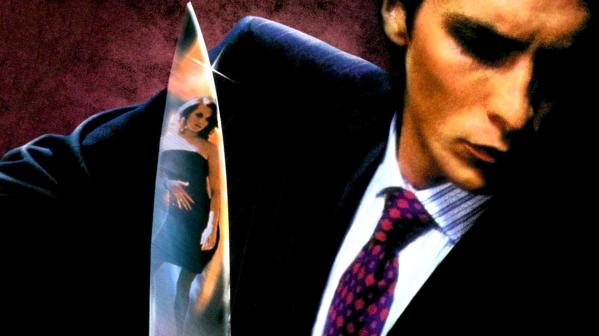 What are YOUR first impressions and thoughts when YOU hear the word PSYCHOPATH??????

What about the psychopaths that don’t fit into this assumption?

It is estimated that 1 in 25 people are psychopaths; these people are never convicted of crimes, never serve jail sentences and aren’t necessarily men or murderers.

Your neighbour, boss, relative, lover, colleague. A Doctor, Priest, Lawyer, Politician and anything else in between.

Yet, no doubt YOU aren’t or weren’t aware of it.

WHAT DO YOU THINK ABOUT THAT????

Then how is it possible to spot a psychopath?

This question alone denotes that psychopaths are by nature the enemy, the evil mad person who stands alone in the crowd, the criminal, the violent killer made famous in many Hollywood films.

There has to be some sign, some psychopathic traits?

The lists below highlight traits attributed to, and shared by all psychopaths.

See any traits you recognise yourself as having??? Don’t worry; recognising yourself as possessing one, two or even three of these traits doesn’t mean YOU are a psychopath, the enemy of humanity.

In fact many of these traits, the traits of the enemy, are VALUED not REVILED in today’s society. They are HIGHLY conducive to being SUCCESSFUL in the business or political world. They are a prerequisite to progress, to leadership.

So if these character traits can be applied to a majority of people, how useful are they to identifying a psychopath?

Though the above table belongs to a well acknowledged ‘gold standard’ for accessing and diagnosing psychopaths called  Psychopathy Checklist-Revised; the research was derived from criminal samples obtained by Hervey Cleckley. The origins of this information comes from people who may well have been murderers; and as we now know not all psychopaths are murderers.

This table alone is not in-depth or comprehensive, it has been subject to criticism as it is often seen as ‘labelling’ and only relevant in specific contexts.

Even the  Diagnostic and Statistical Manual of Mental Disorders has never listed psychopathy as the official term for a personality disorder. According the DSM; criteria and psychopathy are not synonymous.

It seems when all the research and diagnostic tools have been exhausted, still no one can be quite sure what makes a psychopath and how these traits make that person a danger. No one really knows how to ‘spot’ a psychopath in the real world, especially when these people are part of the very fabric of the world we all live in.

Maybe a definition of a psychopath could help?

“(Psychiatry) a person afflicted with a personality disorder characterised by a tendency to commit antisocial and sometimes violent acts and a failure to feel guilt for such acts. Also called sociopath”.

Well, if we relied on that dictionary version, not not really.

Let us recap the generic traits often stated as being identified with psychopaths;
Manipulation
Lack of remorse
No conscience
Risk taking
Ruthlessness

They look very like traits idealised within the perfect leader of industry or Government to me.

He is also a co-author of the Guidelines for a Psychopathy Treatment Program. The Hare Psychopathy Checklist-Revised, has demonstrated reliability and validity. This document is rapidly being adopted worldwide as the standard instrument for researchers and clinicians dealing with psychopaths.

Yet, is this checklist anything more or different than what has already been said?

WHAT DO YOU THINK???

How do people become psychopaths?

Well, no one becomes a psychopath. Research at least, believes that people are born with this behaviour or brain. I make reference to the brain as tests have demonstrated that the brain of a psychopath lacks the ‘normal’ processing abilities, and responses to emotive images and words. Psychopaths don’t register other people’s anguish, anger, fear and pain as other people do. They understand these emotions, but don’t feel them.

Researchers also argue that environment has nothing to do with psychopathic traits; a person either is or isn’t a psychopath. Basically it is biological and even genetically determined, but not nurtured or created.

Again; WHAT DO YOU THINK???

Surely there has to be a ‘cure’?

Well, Dr. Hare believes there could be. His team has been working to develop an actual not theoretical treatment program, but specifically for violent psychopaths. The premise of this treatment is to encourage psychopaths to be better by appealing not to their (non-existent) altruism but to their (abundant) self-interest.

It is designed to modify behaviour by convincing them that there are ways they can get what they want without resorting to harming others. Basically; violence is bad, not for society, but for the psychopath themselves.

Yet, regardless if this treatment works, it can only be applied to the violent minority of psychopaths.

What about the remainder of the 1 in 25 never convicted as criminals?

Know your own weaknesses to prevent them being used against you by the psychopath lying in wait…………,

Learn to recognise the psychopath (by above checklists); yet even experts are regularly taken in by their charm.

Basically your guess is as good as mine.

When all is said and done there is NO solution.

No scientist or Psychiatrist can cure or fully treat a psychopath.

Therefore we just have to accept the inevitability and existence of; THE PSYCHOPATH NEXT DOOR.

PLEASE let me have YOUR opinions on this subject…………

What do YOU think of categorising people in such ways???

What do YOU think about psychological checklists??

OR – MAYBE YOU KNOW A PSYCHOPATH??? What are YOUR experiences???