Not quite Guy Fawkes, but still his effigy is adopted, to signify what though?

I have been reading some posts, which don’t exactly celebrate the gunpowder plot that led to Guy Fawkes being captured on 5th November 1605. In them, Mr Fawkes isn’t deemed the ‘hero’ that some might believe him to be.

Yet, when I learnt about him in History, at school, I remember being in awe. I was about 12 at the time though!

Anyway, this post isn’t strictly about Guy Fawkes or a specific moment in History, but it is about how people perceive violent acts. What is it that still makes anarchist or revolutionary tactics appear to be ‘heroic’?

I want to play Devil’s advocate, if you will allow me too?

How often has peace changed something profoundly in the world?

Looking back, just over the UK’s history (above example included), it has been violence that has made an impact not peace.

Violent acts have stood out above and beyond. Violence is how change has been achieved over the centuries; whether good or bad. I suppose some might consider it as making the ultimate statement to those who think they have the control; in other words, no they don’t.

Does resorting to violence ever help anyone achieve an intended goal? Can it solve anything? If it doesn’t, then why are we still so fascinated with violence, and the history that is littered with such acts?

Hopefully, the world will recognise freedom through peaceful means one day, but at this moment in time, I’m not sure they want to. 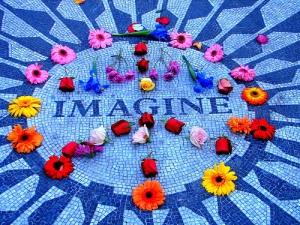 ‘All we are saying…..is give peace a chance’

Leave me your comments please, you know you want to! Cancel reply